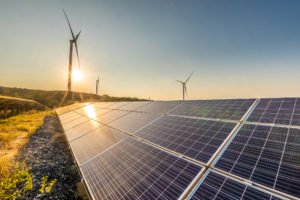 With state renewable initiatives at the forefront of energy news and political agendas, it’s easy to believe that natural gas will no longer be used for electricity generation within the decade. This simply is not the case when discussed with industry leaders in the know.

“There is no scenario that we see nationally where renewables are going to have anywhere near the penetration that the pundits suggest,” Jeffrey Holzschuh, chairman of the institutional securities and global power and utility groups at Morgan Stanley, said on an investment banking panel at the S&P Global Market Intelligence’s 33rd Annual Power and Gas M&A Symposium. “We’re not going anywhere without gas in the near-term,” Holzschuh added. “We need it all and we’re going to need it all for a couple of decades at least.”

We’re currently at a crossroads for energy markets in the United States. States are contending with environmental goals and initiatives while natural gas is near the cheapest levels its been in decades with a surplus of supply. The viability of renewables as a fuel source has certainly evolved and expanded rapidly in the last five years but, at the same time, there is still substantial reliance on subsidies and government tax credits. The public has forgotten that even though natural gas is considered a fossil fuel, it is far cleaner than coal and has largely replaced coal production around the country. Subsidies and tax credits for renewables require increasing tax dollars from consumers while increased access to natural gas would likely lower the energy bills of those same consumers.

“New Englanders pay somewhere between $4 billion and $2 billion a winter more than their neighbors in Pennsylvania because they won’t allow gas pipelines to come up even though we’re producing,” said Curt Morgan, president and CEO of independent power producer Vistra Energy Corp. The U.S is the largest producer of natural gas in the world and is a next exporter. While renewable sources and technology develop, we must utilize the resources at our disposal to optimize economic development.

For more information, contact our team or email pete.lawlor@atlasretailenergy.com