A Newsworthy Time for PJM 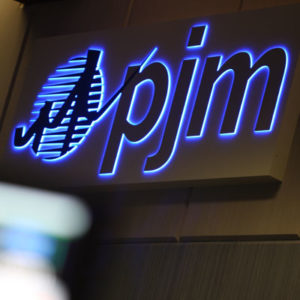 PJM Interconnection is a regional transmission organization (RTO) that coordinates the movement of wholesale electricity in all or parts of Delaware, Illinois, Indiana, Kentucky, Maryland, Michigan, New Jersey, North Carolina, Ohio, Pennsylvania, Tennessee, Virginia, West Virginia and Washington D.C. The organization was in the news in 2018 and 2019 for its Minimum Offer Price Rule (MOPR). The MOPR is essentially a price floor preventing new electricity generators from artificially depressing capacity auction clearing prices through below-cost bids. The Federal Energy Regulatory Commission (FERC) issued a controversial order in December of 2019 in which it approved a PJM proposal to drastically expand the MOPR to nearly all state-subsidized capacity resources. The result has not only been seen as an attack on renewable energy generation, but the market impact could increase costs for consumers by $1.6 billion to $8.4 billion a year, depending on how it’s implemented.

A week after the ruling and a week before taking the helm as CEO of PJM, Manu Asthana was accused of mismanagement at his previous company, Direct Energy. According to Bloomberg’s Chris Martin, during Asthana’s time as head of the North America home division, the retail energy supplier paid fines for law and regulation abuse in Texas, Connecticut and other states. Asthana began his tenure on January 1, 2020, and the industry is keeping a close watch on PJM’s new CEO and how the landmark FERC ruling will be implemented to affect their consumers.